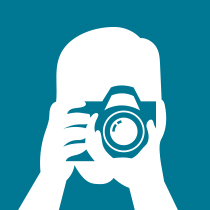 Zaluzhny Evgeni Georgievich was born in Minsk. During his preparation for entering the camera department of VGIK, he began to master photographic skills in the second half of the seventies of the last century. But thank God all turned out otherwise. The comprehension of photography as one of the types of art took place in the photo club under the edition of the newspaper » Vechernij Minsk». He became a member of this photo club in 1979. The years of an active club life have coincided with the rise of a creative photo in the country. During this time he participated and won in many club, republican and allied exhibitions. He succeeded in this sphere in Moscow, Yoshkar-Ola, Tyumen, Tallinn, Riga, and Kaunas and in Lvov.
The first personal exhibition took place in May, 1989 in Minsk. After it in 1991 there was the second one in Borisov, and then an exhibition in Germany. There was another one personal exhibition «Secret» in September, 2007 in the gallery «The world of photography». In 2004 Eugene became a member of the Belarus Union of designers and the Belarusian Public Association of Photographers. In 2008 he received the Grand prize of the republican photo competition «My Belarus» and also was rewarded with an honorary title «Minchanin goda».
There was a competition organized by company «Canon» in St. Petersburg. The photos of the project «The last conscription» were in the top hundred of photos of 2010.